Al Lahab – More Than a Horse

You wouldn't do Al Lahab justice if you only saw him as a show horse or a breeding stallion. This horse is much more than that! For his owners, Al Lahab is a once in a lifetime horse. He is a rare and precious jewel that has a special place in the Friedmanns' life and that they take care of with all of their heart.
The Friedmanns are aware of owning an excellent stallion. On the Lunzenhof stud farm in the southern part of the Black Forest, they made him a home worthy of the renowned horse he isHisH. Al Lahab is the unchallenged king of the Lunzenhof farm. Here he can hold court, breed his mares, but also enjoy a carefree life, simply being a horse, and time and again discover the beauties of the Black Forest landscape while taking relaxed rides with his horseman.
However, what makes this stallion is more than his extreme type and the floating movements that serve so well to demonstrate elegance and Arabian noblesse. All Lahab also convinces with his outstanding character. There are horses that have an especially big heart and a very sensitive way to show their friendship and their trust in people. Al Lahab is one of those very special horses. "We never own a horse, it is entrusted to us." This old Arab saying Inge Friedmann uses to describe her relationship with Al Lahab. 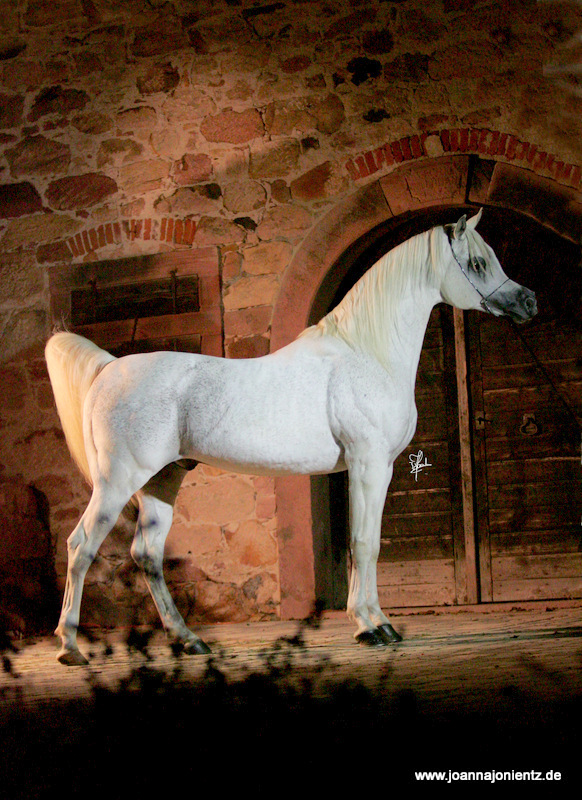