Also this year the Noble Festival for SE breeders took place in Lochem. Again Mahmoud AlAnzarouti had invited and over 100 horses came with their breeders to participate in this open house in El Shams Stud. Also some hundred enthusiastic spectators from all over the world were there to see and be seen.

According to the didactic concept of the event, horse families should always be shown together in order to make the breeding results better understandable to the public.

Inge and Hannsjürgen Friedmann showed together with Petra Wagner four beautiful daughters of their own Worldchampion Al Lahab.

The bay Al Lahab son F Tayyar Ibn Al Lahab (Al Lahab x F Tahani Bint Shamaal), bred by Inge and Hansjuergen Friedmann in Germany, was awarded the „Best European Arabian“ title on the occasion of the EEE 2017 organized by the Pyramid Society Europe in castle Dyck near Dusseldorf, Germany.
Even before being awarded the title, he had won his class and was placed among the Top Five of the Senior Stallion Championships.
F Tayyar will also be available to outside mares for the 2018 season in the mating facilities of Friedmann Arabians in the Black Forest area of Germany. 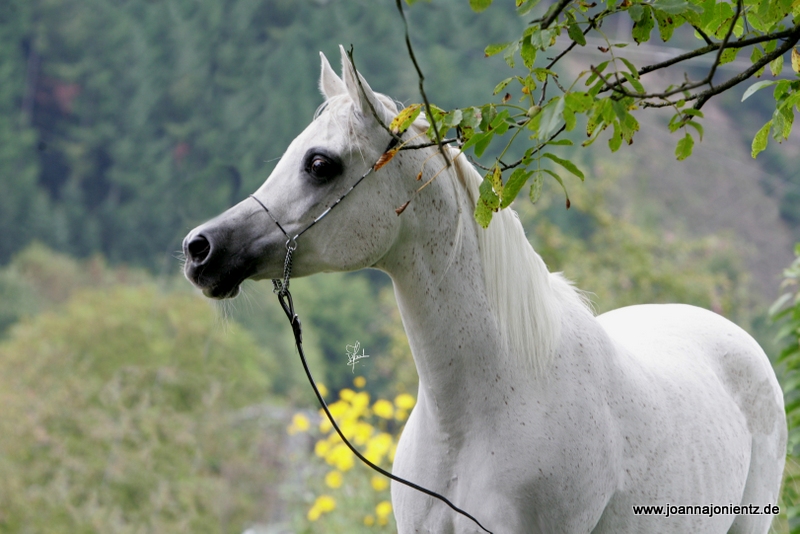 As he is in Kuwait on lease to Al Babtain Stud & Al Shaya Stud, they made some outstanding pictures from him in this wonderful Arabian environment.

HRHP Khaled Bin Sultan Al Saud positively insisted on presenting his stallion F SHAMAAL during the ANC in Kuwait. F Shamaal (Maysoun x F Sarameena) had been bred by Inge and Hansjuergen Friedmann and was later sold to Saudi Arabia. He presented himself in prime condition, convinced with his best trot, won his class, and went on to become Silver Champion.

With an overwhelming success, the new All Nations Cup for Straight Egyptians was launched on February 6+7. The scene took place in Bait Al Arab state stud in Kuwait. 180 straight Egyptian horses from all over the gulf states were enrolled. One of them had only recently been brought in from Germany: AL LAHAB!
As he is in Kuwait on lease to Al Babtain Stud & Al Shaya Stud, his new leaseholders insisted on presenting him at once. Show professional that he is, he faced the more than 2000 enthusiastic spectators with his usual unruffled attitude. He was elected 2nd in his Senior Stallion class, beaten only by his former stable mate F Shamaal. In the Championships, he made Bronze Champion despite his 17 years of age.

At the end of January, Al Lahab started on a journey to Kuwait, where he will be available to the mares as a sire for three months. End of April, before the worst of the summer heat, he will leave the desert state for returning to his home stud in the black forest, to serve the European mares from there.

On April 12th, we welcomed F Shadiyah. She is inbred to Al Lahab via her sire F Jazim Ibn Al Lahab as well as via her dam F Shayma. That double grandfather, Al Lahab, is easily apparent in her type and her refined elegance. Via her damline, she also tails back to Flabys Shamoniet, one of the successful foundation mares of Friedmann breeding.

On April 18th, F Jessenia was born. Her sire, F Sahhar Ibn Shamaal, is a son of F Shamaal, the successful multiple champion that is now stabled in Al Khalediah Stud. Her dam, F Jalajil Bint Al Lahab, is an extremely beautiful daughter of World Champion Stallion Al Lahab. F Jessenia is another offspring of her parents that displays that extreme type. Just like F Shadiyah, she is a Kuhayla Rodanya from the Riyala family.

Two months later, two colts were born. On June 2nd, it was strong and charismatic F Marzug. He is by the international multiple champion and champion inheritor Farhoud Al Shaquab, the most famous son world-wide of Al Adeed Al Shaqab. His dam is F Marisi, a daughter of the Ansata Sinan offspring Mishhal HP. Her dam F Majidah, in her turn, tails back to the foundation mare Faras Jamila and to Maysoun who was repeatedly used in the stud, proving himself a successful inheritor.

The year’s last foal was F Shahaab (Egyptian related). His birthday was June 22nd, and he is another son of Al Lahab, out of F Siraja. This mare is the product of a mating that is somewhat unusual for Friedmann breeding, as her dam had been serviced by WH Justice. With that mating, Hansjuergen Friedmann wanted to test the success of this outcross combination in shows. The test was successful, as F Siraja collected lots of show successes in a short time. It’s highly probable she transferred this quality to her first-born offspring, but as to the extreme type this colt displays, Al Lahab is sure to have contributed his genetic part. 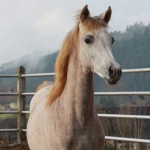 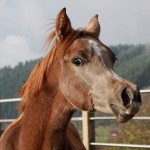 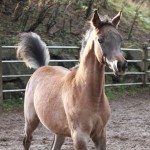 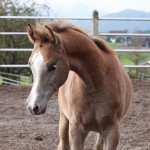 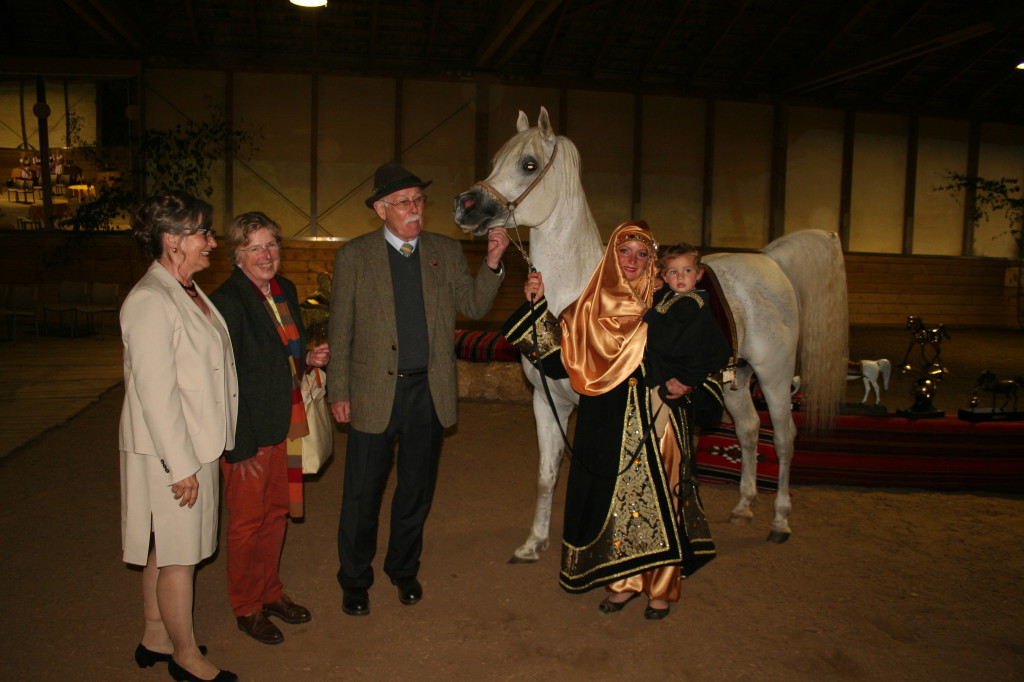 Dear friends of Arabian horses and of historic events,

Friday, May 29th, 2015 is going to be a historic day for our stud and for all of the Harmersbachtal valley: a one-week voyage by horse-drawn mail coach will bring us Imperial and Royal visitors, the Markgrafen couple Valerie and Max von Baden.

On their way from Salem castle to Staufenberg castle, the travelers will reach the town hall of the city of Zell on the Harmersbach at 6 pm, the town hall of Unterharmersbach at 6.30 pm, and our history-charged stud farm of Lunzenhof at 7 pm.
In the two city locations, the mayors of their respective towns will meet the noble visitors, and citizens organized in marching bands, bands and groups in traditional costumes, traditional vigilante groups, and singing societies will present themselves – definitely sights and sounds not to be missed.
On our farm, the group of travelers will be welcomed by the Harmersbach band and the „Talfinken“ childrens’ choir presenting them with pieces of music and singing.

We would love to celebrate this historic day together with you, inviting you to our champagne reception and gourmet nibbles on the premises of Lunzenhof stud.
We look forward to your being our guest and enjoying the event with us.
Please give us notice of your coming by May 15th, using our e-mail address info@friedmann-araber.com or phone number 0049 151 122 440 20.